It’s an odd sight; small forest-covered hills that emerge from the flat farmland that dominates rural Cambodia. Why a rural community has gone to great lengths to protect the 10km2 forest goes further than just preserving what little forest remains. For the last 17 years, the local community have established a voluntary ranger team to protect one of the few remaining sub-populations of banteng, Bos javanicus, the world’s rarest species of wild cattle. Through their hard work, they have demonstrated that the actions of small communities can play a major role in determining the fate of a species.

In 2003, members of the community decided to come together to protect the nearby forest that was at risk of being lost to economic land concessions, a lease that grants the concessionaire the clearing of land for large-scale agriculture. Soon after, the community established a ranger force to patrol the forest, they noticed that the forest was home to herds of banteng. Since then, they have developed a deep connection with the wild cattle, taking it into their own hands to protect them. 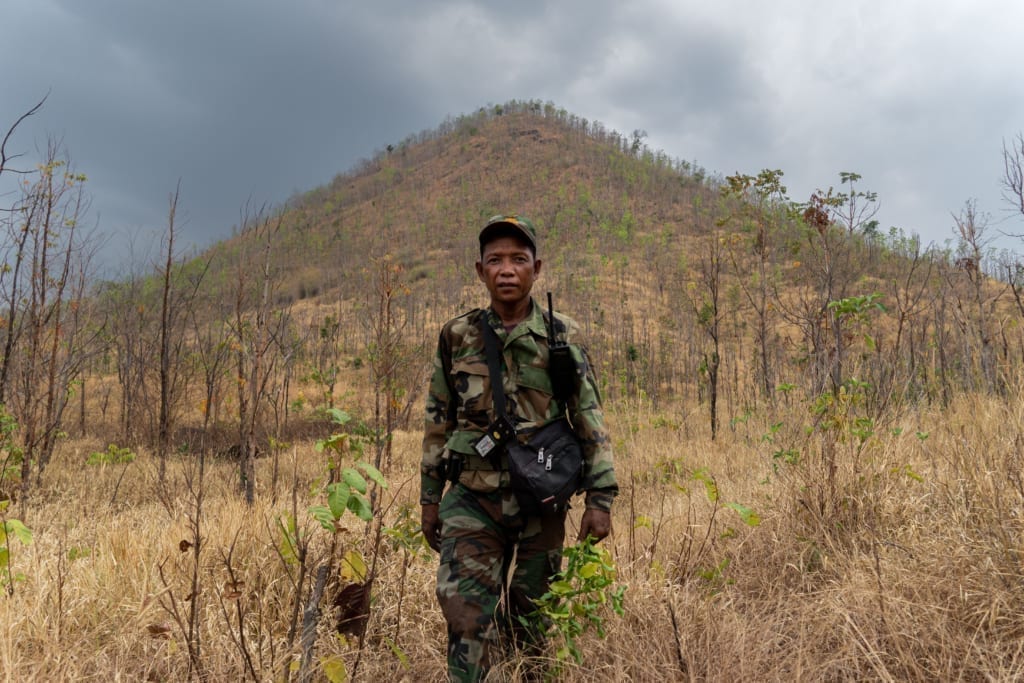 Once a common sight across Southeast Asia, the banteng is a rare and elusive species of wild cattle that have undergone significant declines due to the combination of habitat destruction and hunting. In fact, there could be as few as 4000 remaining in the wild and, with a decline of more than 50% in the last 21 years, it might be that we see them classified as ‘Critically Endangered’ in the near future. 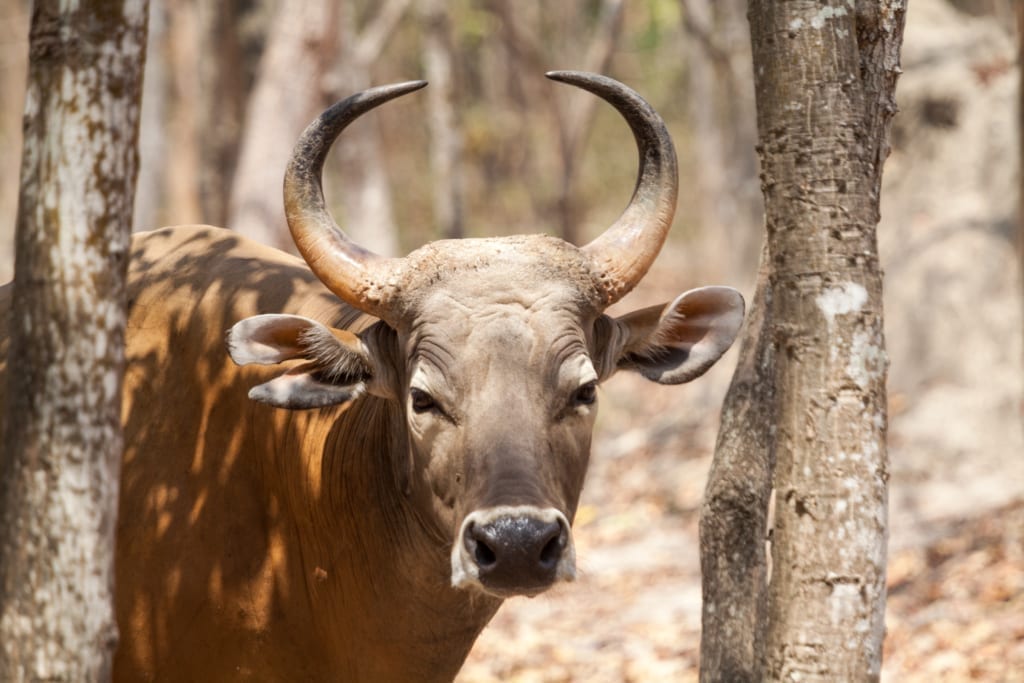 After finding out about the community’s passionate struggle to protect their banteng, Wildlife Alliance’s Wildlife Rescue and Care team reached out to the rangers and have been supporting their patrols both practically and financially for more than two years now. Cambodia’s Eastern Plains are home to an estimated 60% of the world’s population of banteng, but only a handful of places in the world are known to exist with sub-populations of more than 50 outside of this.  Although the exact number of banteng that inhabits this forest is unknown, initial monitoring suggests there could be between 40 and 70 and the team are working with the rangers to get a robust estimate. Recently, the Wildlife Alliance team was out with the rangers, testing the use of drone surveys and camera traps to estimate the populations. 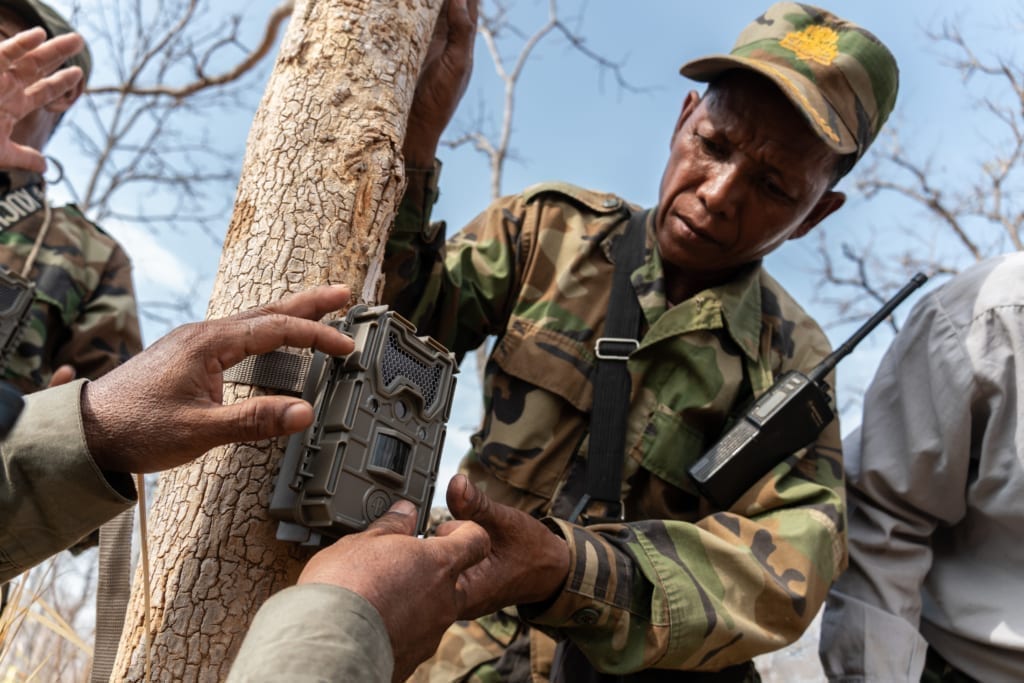 Over the years, the ranger team has grown to be 16-strong and has become better equipped. They have handheld transceivers, motorbikes for patrols, are in the process of building an established ranger station, and have built three watering holes for the banteng, two of which were supported by Wildlife Alliance. However, despite the ranger’s vigilance, the animals are still under threat. Banteng are highly prized for their meat and horns, making them an attractive target from poachers. In particular, the imminent threat of snares to the banteng herds is never too far away. Snares are barbaric traps set by poachers, often termed ‘walls of death’, that catch anything that strays in their path, in other words, every snare is a death penalty. Just recently, the rangers found a snared dead banteng and removed more than 230 snares in just 3 days of patrols before its death. 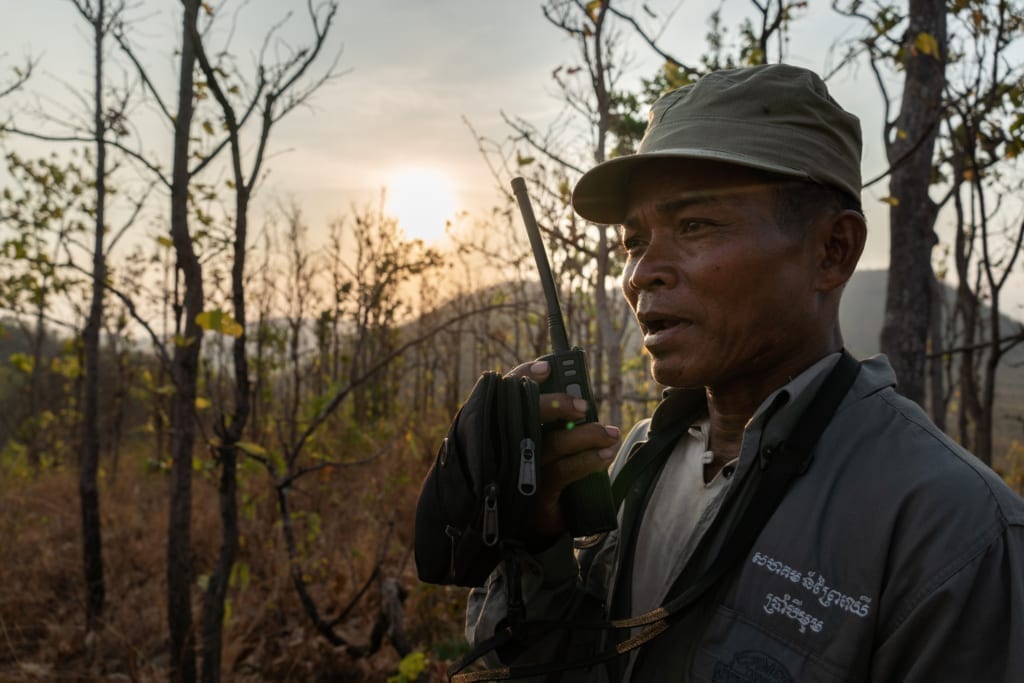 Despite the threats to the forest and the banteng, the rangers’ work over the last 17 years demonstrates more than just their commitment to protecting this wild space. It demonstrates the impact that even small communities can have on conservation outcomes. Their story will serve as an inspiration to communities all over Cambodia, and hopefully, even act as a catalyst to inspire others across the world to follow suit.

Wildlife Alliance is proud to be supporting the rangers and their crucial work in protecting one of the few banteng population strongholds left.

via The community protecting the world’s rarest wild cattle